— A long history of creating connections and delivering value.

There’s a strong connection between J.F. Electric and the 1904 St. Louis World’s Fair. At the time, St. Louis served as a springboard for westward expansion. The Louisiana Purchase Exposition, also known as the 1904 World’s Fair, was part of a building boom in St. Louis that attracted people from across the globe – including James Fowler, who was born and raised in Pennsylvania and, after completing 8th grade, became a plumber.

Sometime around 1903, twenty-year-old James left home and relocated to St. Louis, lured by the many work opportunities in the plumbing industry as a result of the World’s Fair.

Business was good and St. Louis became the new home for James, who lived and worked in the Tower Grove area in south St. Louis. In 1925, James purchased a 1924 Dodge Screenside Truck (pictured below) and started The Fowler Company, a plumbing contracting business. That truck provided the mobility to better serve a growing customer base and worked as a mobile advertisement, too!

James had three sons who worked in the family business with him – Fenton, Charles and Fred. During the Depression in 1937, Charles Fowler, current owner Greg’s grandfather, moved from St. Louis to Centralia, Illinois and opened a branch office to pursue better work opportunities in the oil and railroad business. His proximity to Scott Air Force Base in Belleville, Illinois helped get his business off the ground with a lot of contract work coming from the Military personnel living on site. Due to his success, his brothers joined him and James eventually closed the St. Louis office and retired in Centralia to be near his family.

Through the years, The Fowler Company expanded their family business to include Plumbing, Heating, Air Conditioning, Sheet Metal and Electrical Construction Services. In 1969, due to the downturn in the oil and railroad business and business in general in Southern Illinois, Charles’s son James (Jim) Fowler, (who is the father of current owner, Greg), purchased the electrical division of The Fowler Company and started what is now known as J.F. Electric located in Edwardsville, Illinois.

Since 1969, J.F. Electric has grown to be one of the Top 100 Privately Owned Businesses in the St. Louis Metro East Area. In 2004, Greg Fowler became president of J.F. Electric and a year later, the company moved into its current headquarters in Edwardsville, Illinois, providing even more opportunities to expand the business in all areas of electrical construction. 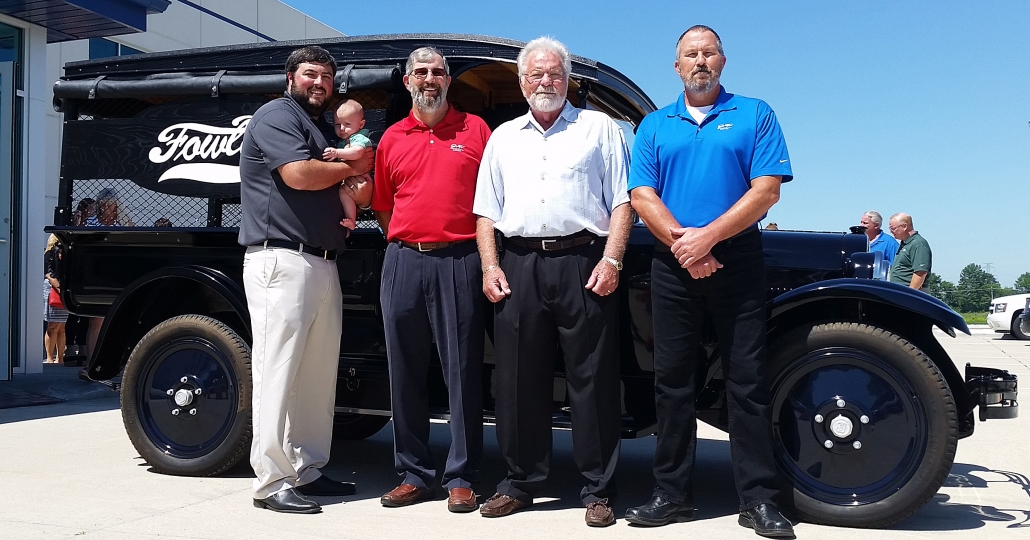 IMPORTANT MESSAGE: It has come to our attention there are fraudulent checks circulating that appear to be from J.F. Electric. Although the checks appear to be issued by J.F. Electric, this is a SCAM. Please do not try to cash any counterfeit checks. We have notified the banks and law enforcement of this situation.